LSS is an ECO-friendly, “CLEAN”, clear, odorless ice melt that is biodegradable, non-hazardous, non-staining and will not produce a white residue. 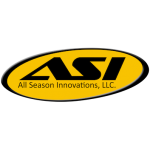 Liquid Snow Shovel is an Anti-bonding and De-icing agent which is exothermic and hygroscopic by nature. Since Liquid Snow Shovel is generating heat and is already in the brine state before contact with the surface, it is capable of melting snow and ice at a faster rate than dry sodium chloride (rock salt).

Liquid Snow Shovel can leave the pavement and concrete surface actively melting for several days. When you use sodium chloride (rock salt), it becomes inactive in a much shorter period on time with no residual affects. Liquid Snow Shovel provides effective liquid ice control when applied either before or after a snow or ice storm.

When used prior to the storm, Liquid Snow Shovel inhibits the bonding of snow and ice to the pavement or concrete, making it easier for snowplows and snow shoveling to clear snow down to the bare pavement. When used after the storm, Liquid Snow Shovel is active immediately melting the snow on contact, keeping sidewalks and parking lots clear down to the bare pavement depending on weather conditions.

Free shipping for billing over $99.00